Due to the CGP issue, our solution is to add a startup script to each vDisk.  Since I don’t want to make a version of each vDisk than attach it to a server than boot it up than gpedit.msc…  We have around 10 vDisks and that process would be annoying and take a while.  So I decided to investigate doing it offline as mounting a VHD using cvhdmount.exe and then injecting the startup script would be a lot easier.

To do that, one simply needs to browse to: 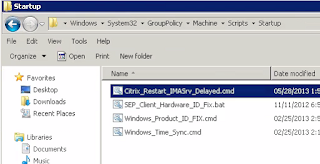 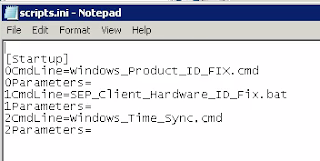 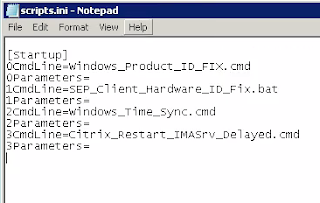