Force Internet Explorer 10 or 11 to always use 64bit version

Force Internet Explorer 10 or 11 to always use 64bit version

I was working on an issue where a user was always prompted to ‘Install’ the Citrix ICA client.  No matter how many times they downloaded and installed the client it continuously prompted them to install it again from the Web Interface: 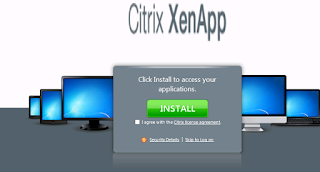 I checked the add-on’s and saw the following:

No Citrix plugins in site.  I then checked Task Manager to confirm the IE type (32bit vs 64bit) and this is what I saw:

Without the *32, Internet Explorer is running in 64bit mode.  Currently, Citrix does not provide a 64bit plugin to IE so it won’t run and it won’t be detected.  I then exited IE and browsed to the Internet Explorer folder (C:program files (x86)Internet Exploreriexplore.exe) and attempted to launch iexplore.exe from there.  Still came up as 64bit.  So now this got interesting…  Microsoft does not allow or provide a way to force a 64bit default for IE on Windows 7.

So how is this happening?

It turns out there is a registry key you can set that will force IE to ALWAYS be 64bit:

If the REG_DWORD is 0x0 it will always force IE to be 64bit.  Deleting or changing this value will default IE to 32bit.  So this key *could* be used to force IE to be 64bit.  There is a potential issue to be aware of, this will force IE to use the same process as the launcher for tabs, as opposed to spanning new processes.  Whether that increases/decreases stability would be something you’d have to test.